Loretta Sanchez For OC Supervisor! Help Build the Momentum For A Great Turn Out on March 12th!

Posted on January 31, 2019 by Website Admin
In January, The Tustin Democrats welcomed Loretta Sanchez to talk about her campaign for the OC Supervisor seat recently vacated by Todd Spitzer. She told a packed meeting that she views the race as a chance to address regional problems, including housing affordability and homelessness.
Ms. Sanchez is the sole Democrat running against 6 Republicans for the seat.
WHAT IS A SUPERVISOR???
The Board of Supervisors is one of the most crucial positions in government – and an individual Supervisor is one of the most powerful elected officials in the country.
The Board of Supervisors controls the County’s $6.4 Billion budget. And whereas a member of Congress needs to get 218 people to agree, and a state Senator needs to get 20 other people to agree with them, a Supervisor only needs to get 2 other people to agree with them. So they have immense power.
The Board of Supervisors is responsible for County Parks, Social Services, the Registrar of voters, it oversees the Sheriff and Cal-Optima which provides Medicaid/Medi-Cal services, and sets direction and makes the critical appointments to that control the buses, sewers, sanitation, water, and fire services all throughout Orange County. In addition, in unincorporated areas (like North Tustin), the County does all the work of a municipal government, including planning and zoning, building and development, police protection, and trash, water, and sewers. 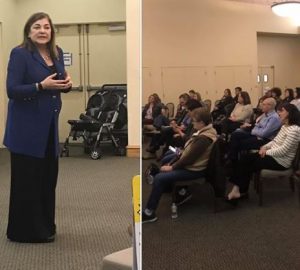 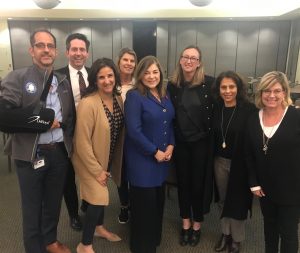 1 Response to Loretta Sanchez For OC Supervisor! Help Build the Momentum For A Great Turn Out on March 12th!