2/26 Meeting: Meet the Lawyer Who is Working With A Federal Judge to Solve The Homelessness Crisis in Orange County

Posted on February 24, 2019 by Website Admin
Homelessness is a crisis in Orange County. In January, Federal Judge David O. Carter called Orange County’s skyrocketing homeless deaths a ‘Public Health Crisis’
.
In August of 2018, a Federal Court determined that cities and the County of Orange must provide housing for 60 percent of their total homeless counts based on 2017 statistics. Cities that fail to meet a February deadline cannot enforce anti-camping ordinances (i.e. the encampment last year behind the Library or at the Santa Ana riverbed) until they offer homeless people an alternative to the streets. The City of Tustin is responsible for producing at least 42 beds, the location of which has been the subject of much controversy.
.
Join us on Tuesday as we address this important issue with Brooke Weitzman the lead attorney working with Federal Judge David O. Carter and recently named as “Most Influential 2018” by the OC Register.
.
LOCATION: Congregation B’nai Israel, 2111 Bryan Ave, Tustin
TIME: 7:00 p.m. 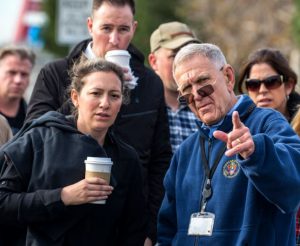